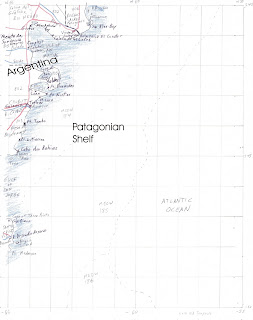 Although inland areas of Patagonia are known for being semiarid and cold, the Patagonian coast is a site of global significance for conservation of marine mammals. Tourism centers around the Valdes Peninsula of Chubut, which harbors thousands of sea lions, killer whales, right whales, southern elephant seals, and fur seals. Other sites along the coast are nesting sites for penguins. Fossils may be found in cliff faces along coastal Rio Negro. The most important fossil finds in Patagonia, including dinosaurs, are displayed in a museum in Trelew. The area is also noted for its human communities, including Welsh settlements along the Rio Chubut. END_OF_DOCUMENT_TOKEN_TO_BE_REPLACED