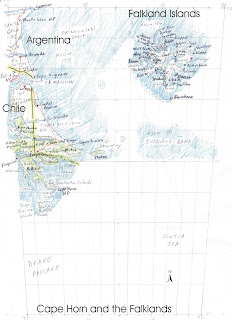 At the southern tip of South America, the Patagonian grasslands meet the southern beech forests. Santa Cruz province of Argentina and the northern and eastern parts of Tierra del Fuego are covered by Patagonian grassland and semiarid vegetation. Tierra del Fuego was given its name by Fernando de Magellan, who referred to the fires lit by Indians along the coast of the Straight of Magellan. The native people’s name for Tierra del Fuego was Karukinka, which is the name of a new natural park managed by the Wildlife Conservation Society and donated by Goldman Sachs. END_OF_DOCUMENT_TOKEN_TO_BE_REPLACED