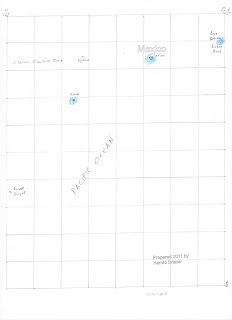 To the east of Clarion is Roca Partida, or Broken Rock, which is essentially a sea stack sticking out of the Pacific Ocean. No vegetation is present, but the rock is used by nesting seabirds. To the southwest of Clarion is Shimata Seamount, which does not surface. It is believed to be a hotspot volcano of a geologically young age (The seafloor from which it rises is less than 20 million years old). END_OF_DOCUMENT_TOKEN_TO_BE_REPLACED