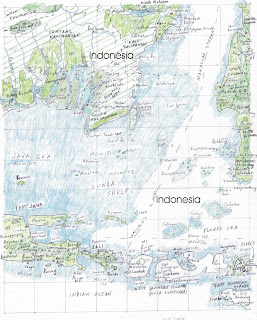 At Mount Tambora, on the island of Sumbawa, Indonesia, about 30 cubic kilometers of the upper part of the volcano is missing. This is because the largest and deadliest volcanic eruption in recorded history took place here, on April 10, 1815. The explosion was heard up to 2600 km away, and darkness lasted for up to two days within 600 km of the volcano. Due to a monsoon blowing from the east, most of the ash fall was west of the volcano, covering Sumbawa, Lombok, and East Java. The original height of the mountain exceeded 4300 m; today its height is 2850 m, about two-thirds of its original height. The Flores Sea was littered with large rafts of pumice (up to several km in width) mixed with ash and uprooted trees. Debris flows reached the ocean, creating a tsunami which traveled at 70 m/s and reached eastern Java in less than two hours. The ash depth on Lombok, more than 200 km west of Tambora, reached 60 cm. Because the ash reached the stratosphere, it spread worldwide in about three months, and persistent haze persisted through 1816. To Europeans and Americans, 1816 was the year without a summer. The weather was cold, with snow and frost in the summer, and the mean worldwide temperature dropped 0.4 to 0.7 degree C in 1816. There may also have been a monsoon failure in India in 1816. Approximately 88,000 people are known to have perished on Sumbawa and Lombok (Stothers 1984). END_OF_DOCUMENT_TOKEN_TO_BE_REPLACED 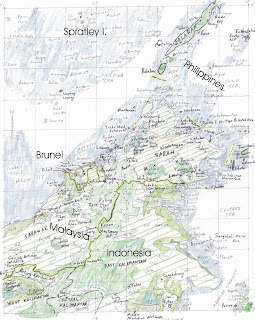 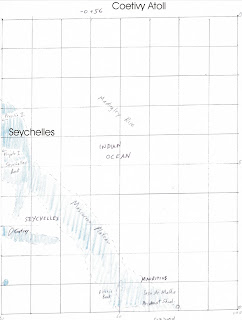 The northern part of the Mascarene Plateau, the largest submerged bank in the world, is covered with seagrass and interspersed with coral reefs. The plateau extends from the Granitic Seychelles southeast to Saya de Malha Bank, a series of shoals which would be a coral atoll if any of the area was above the ocean surface. Depths are as shallow as 8 m at Poydenot Shoal. To the west is a coral island, Coetivy Atoll. Coetivy is not connected to the Seychelles or Saya de Malha banks. Although the island is only 9.3 square km in area, it is surrounded by a platform reef providing shallow water of 14.2 square km. Covering much of the island are about 200 shrimp or prawn ponds operated by a Seychelles government corporation. END_OF_DOCUMENT_TOKEN_TO_BE_REPLACED 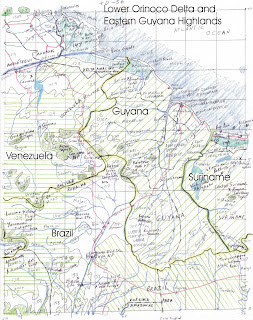 This map area extends from the Venezuelan coast range in the northwest to the Amazon rainforest in the south. Although the region is mostly tropical moist forest, there are areas of xeric vegetation in the northwest. Grasslands and savannas are found in the lower Orinoco and southwestern Suriname, and in La Gran Sabana where Brazil, Guyana, and Venezuela come together. In the Orinoco Delta and along the coast of Suriname are swamp forests that mark the transition from coastal mangroves to higher elevation tropical forests. The Guyana Highlands are notable for the tepuys, which are about 100 dramatic flat-topped sandstone mountains scattered across Venezuela, northern Brazil, central Guyana, and central Suriname. The most well-known tepuy is Auyan in southeastern Venezuela, from which Angel Falls plunges. END_OF_DOCUMENT_TOKEN_TO_BE_REPLACED 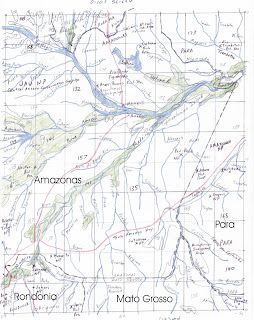 The map area is entirely covered by tropical moist forest, although forest formations vary in the northwest and southeast of the map. The campinarana of the northwest are heath forests believed to be short and shrubby due to low nutrient soils rather than seasonal dryness. The Mato Grosso forests of the southeast are tropical dry forests transitional between the Amazon rainforests and cerrado of central Brazil. END_OF_DOCUMENT_TOKEN_TO_BE_REPLACED